Yarn lovers! It’s December! There’s less than 25 days left to finish our projects! Madness, madness, madness. Let’s look at some new things around the shop that might help ease some of the madness. 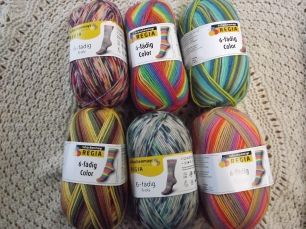 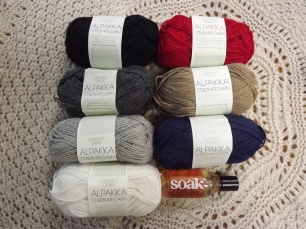 As the nights continue to get longer, I’m spending more of them thinking about making winter socks. Nothing’s worse than cold feet. Physically, emotionally. Now I just have to decide whether to dig into the new Regia 6ply or Sandnesgarn’s Alpakka Strompegarn, both of which are back in stock this week! 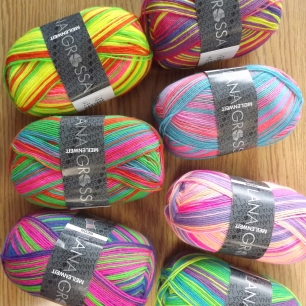 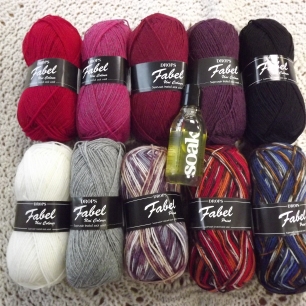 If you’re looking to inject some colour into dark wintery sock knitting, we’ve also recieved 7 new colours in Lana Grossa’s Neon sock line, and new colours in Drops Fabel!
Fabel’s a recent line for us, and I have been entirely won over by projects that stripe their different print colours against themselves, such as these by Ravelry users Happy-go-knitty, sigrun, and Saermae, respectively; 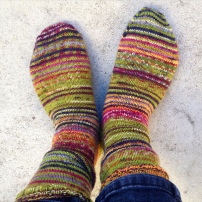 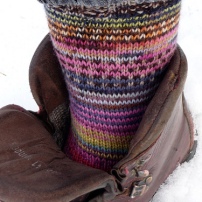 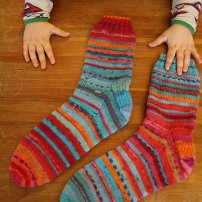 Maybe sock yarns are a bit too mad for you? How about something just as colourful that will work up fast? 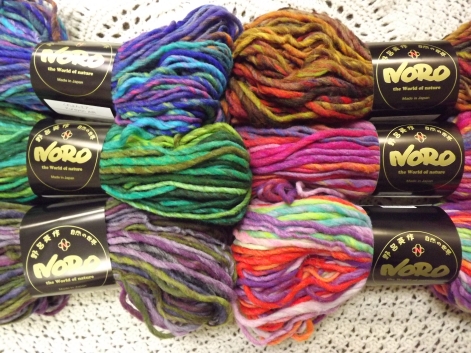 Noro Kureyon Air! A bulky, 100% wool blend, Air is perfect for what December is infamous for – weekend knitting/crochet marathons! I just want to know big garter stitch cowls in this stuff. Speaking of which, Victoria Myers has a free pattern for one called #Warm, shown here worked up by Ravelry user Shenadodson. 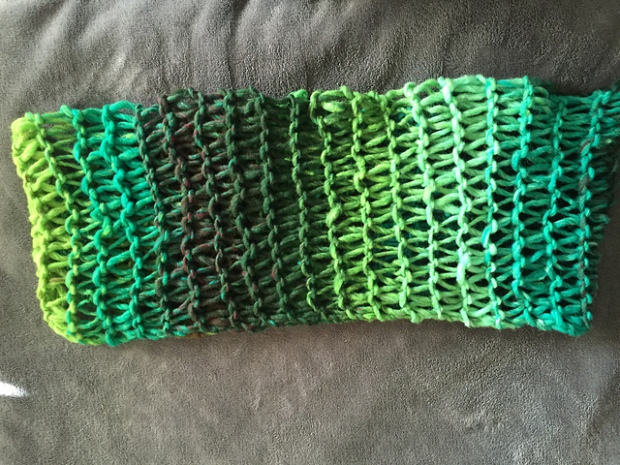 Now, if you have gotten this far without casting something on, I can only presume you have your own maddening Works-In-Progress that demand your attention!

We have rescheduled Effie’s Finishing Class to Thursday, December 10th 1-3PM. This means there’s still plenty of time to get in on the action if you missed the initial date! There are only one or two spots left~

We also have Yarn Socials at both 1-3pm & 6-8pm December 17th, the last Thursday before Christmas Eve- and an EMERGENCY Yarn Social Saturday, December 19th from 1-3pm. Lots of opportunities for safe family-free space for project finishing~!

Save the dates, and I’ll see ya around! 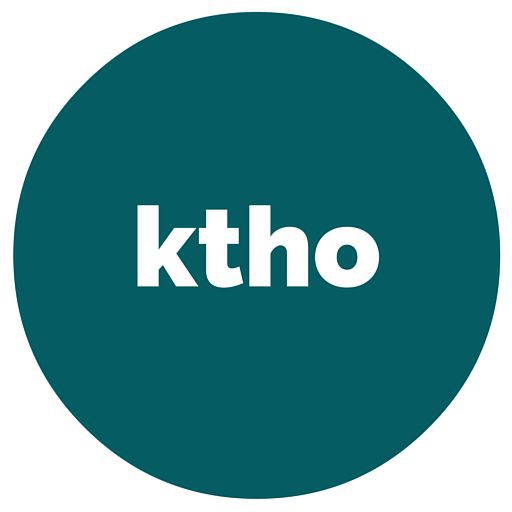 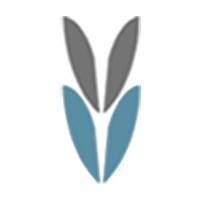 A daily selection of the best content published on WordPress, collected for you by humans who love to read.

A blog to excite and inspire knitters and crocheters from around the world.

a wonderful place to learn and create

Making a quilt.....one stitch at a time.

knit the hell out

More obsessed with each passing stitch.